We New Yorkers try our best to act pretty jaded about these things, but come on – it’s sort of exciting to have a major theatrical release being shot on the street you use every day, right outside of your home or office.

It’s pretty rare to actually see a celebrity when these all-day shoots are happening.  More often than not, the actual shooting is in a building somewhere, and all the trucks are just serving as equipment storage, wardrobe prep, and dressing rooms.

What always strikes me when observing production set-ups is just the sheer, massive scale of the logistics for a major shoot.  A dozen or more tractor trailers filled with lighting, props, dressing rooms (and always lots of food) typically line the streets.  Here are a few pics from about 10 minutes ago. 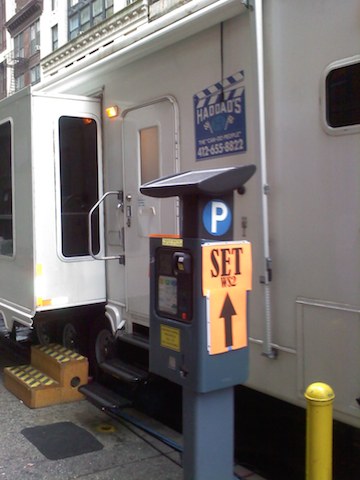 Attention extras: this way to the set 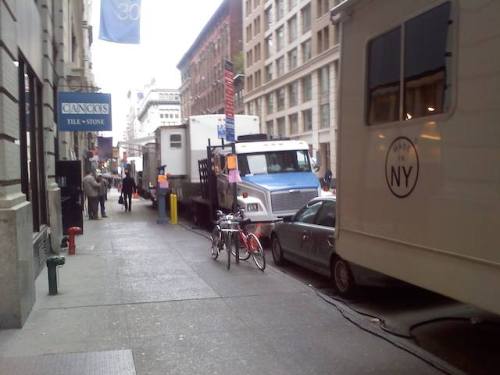 Bumper to bumper trailers and trucks along 2 blocks 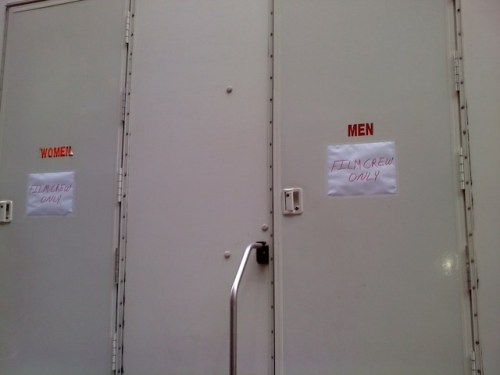 Ah, the glamour of a major on-location film shoot. (at least the catering is good!)